Program from the 2001 Synod of the Sun (Presbyterian Church USA) sesquicentennial celebration, held in Denton, Texas.

Program for the 1987 general membership meeting of the Castro Colonies Heritage Association. This copy belonged to Elizabeth Huth Coates Maddux.

A collection of premiere (first) issues of magazines published between 1980 and 2014 assembled by Professor Emerita Sammye Johnson. The collection includes well-known established magazines as well as one-hit wonders that lasted a few issues or a few years. The collection reflects the changing interests of Americans, as well as the issues and concerns that were shaping their economic, political, social attitudes. 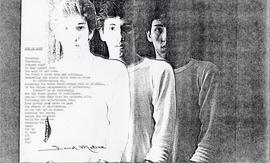 Collection contains drafts of poetry and plays written by David Matias, an alumnus of Trinity University who died of AIDS at an early age. Much of his work deals with issues of identity, coming out, and his illness. There are also three video recordings: a performance of one play, a poetry reading, and a guest lecture at a Harvard University class.

Collection of memorabilia related to the 1977 National Women's Conference collected by Gloria Primera. Ms. Primera, a resident of San Antonio, was one of the runners who participated in the torch relay leading up to the convention. This collection consists of news clippings, print ephemera, her torch bearer shirt, and buttons from the convention.

Collection of ephemera related to Encino Press or William D. Wittliff. The archival collection accompanies the library's Beretta-Encino Press Collection, consisting of print copies of a majority of the press's publications and other associated works.

Collection of sermons written and delivered by Presbyterian minister Chester L. Tolson between 1961 and 1963. These sermons were delivered at the Village Church in Rancho Santa Fe, California. Topics discussed include, but are not limited to: Christmas, communism, Easter, education, peace, space exploration, stewardship, Thanksgiving, and world relations. 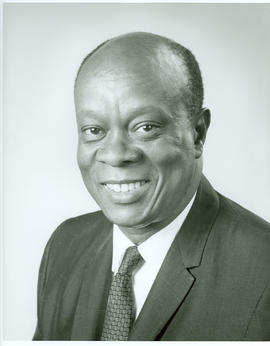 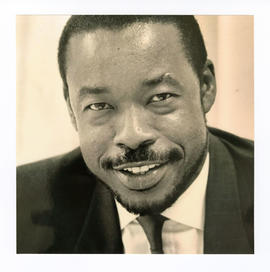 Market analyses and implementation plans for public and private development projects are in the collection as well. Also included are some of Huntley’s personal files including newspaper clippings; personal photographs and correspondence and other material about Huntley’s activities with Trinity University, AEDC, the City of Atlanta and the private sector.

Brochure presenting the history, charter, and plans for the Texas Sculptors Group.