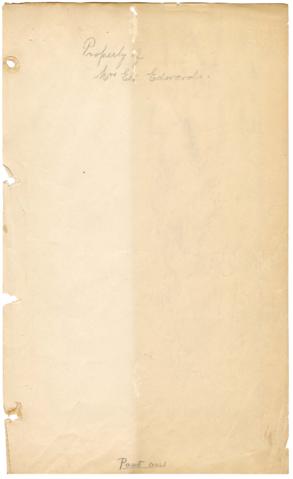 John William Sansom was born in Dallas County, Alabama, on February 5, 1834. His family moved to the Republic of Texas in the winter of 1838-1839. Sansom joined the Texas Rangers in 1855, and rose to the rank of captain in 1856. During the Civil War Sansom was a staunch Union supporter, and joined the Union Loyal League, an underground militia. After the Battle of Nueces River, where the Unionist militia was attacked by Conferederate soldiers, Sansom escaped and joined the First Texas Cavalry, a Union regiment made up of Texan soldiers. In 1905, Sansom authored "Battle of Nueces River in Kinney County, Tex., Aug. 10, 1862," considered the authoritative account of the battle. After the Civil War, Sansom continued military service in the Texas Rangers until 1883. He spent the remainder of his career ranching, before retiring in 1904.

Sansom married Helen Victoria Patton in 1860. They had one daughter, Elizabeth. Sansom died on June 19, 1920 in San Antonio.

Believed to have been purchased by Coates Library as part of the Beretta Texana collection in the 1980s.

Click on the thumbnail at the top of finding aid to download a pdf of this document.