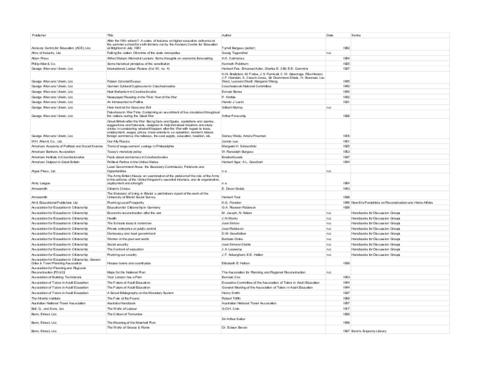 The "Hardman Pamphlets" span the years 1880-1980, with the bulk of the material falling into the period 1920 to 1960. The pamphlets cover a broad spectrum of subjects, the greatest emphasis being on twentieth-century British, labor-oriented literature, ranging from political theories, primarily socialism, to practical worker education movements. An item-level inventory is available by clicking the image at the top of the finding aid, or at this link: https://archives.trinity.edu/uploads/r/trinity-university-archives-and-special-collections/a/2/a/a2af58831918a56f971e0e9a602733fb8bfdc8ba87804c5202edc2481b29b9b6/Hardman_Pamphlet_Inventory.pdf .

Purchased by Trinity University in 1983.

Select items from this collection have been digitized and are available online in our Historic Pamphlets collection: https://cdm16264.contentdm.oclc.org/digital/collection/pamphlets.

Some book-length items have been removed from the collection and cataloged individually. These titles are available via the library catalog.